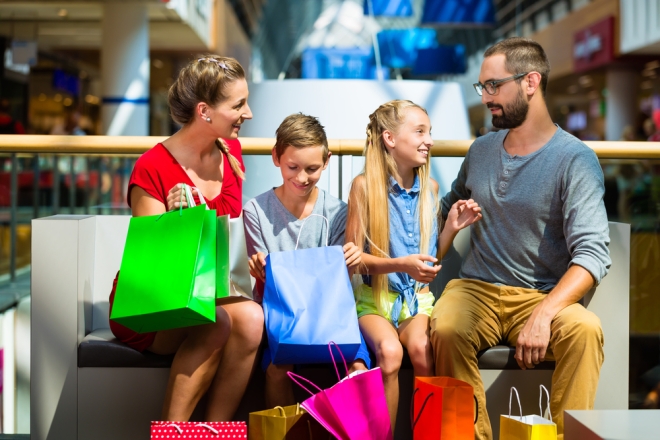 I was getting a haircut at the local budget salon a few months back when my 9-year-old son – who had just received his own trim – started growing restless.

Normally the answer is “no,” but his choice of magazines in the waiting area was too adult-oriented, and, besides, there are a few educational apps on my phone that he enjoys.

The rest of our trip to the salon was uneventful – he kindly grabbed a few suckers for his siblings and we ate a snack on the way home — but later that evening, after he went to bed, I discovered an unwelcome surprise in my email.

“Thank-you for shopping with us!” the email, from Amazon.com, read. “We’ll send a confirmation when your item ships.”

The LEGO Star Wars Millennium Falcon, of course. The expensive one with 1,329 pieces, ready to assemble. The one with Rey, Finn, Han Solo and Chewbacca. Even BB-8!

I didn’t share Amazon’s excitement, though, and I hadn’t ordered any LEGO toys. END_OF_DOCUMENT_TOKEN_TO_BE_REPLACED

Hollywood certainly knew what it was doing when it combined two of the favorite things of most U.S. kids — Legos and Batman — into an animated film.

The Lego Batman Movie grossed $53 million in its first weekend, slightly less than projected but more than enough to guarantee we will get a sequel.

My nine-year-old son and I laughed hysterically throughout the movie, and then walked away with a few lessons about life. Yes, The Lego Batman Movie actually has a plot – and a pretty good one, too.

Besides, we adults are quite good at collecting our own “toys.” END_OF_DOCUMENT_TOKEN_TO_BE_REPLACED

If you ever decide to venture into a dark alley, late at night with bad guys all around, then you might want to take Jack Reacher with you.

Reacher is the hero in the popular book series by Lee Child and the film series starring Tom Cruise, and it seems there’s nothing he can’t escape. Sure, he might kill a few people and break a few necks along the way, but the odds are that he’s walking out alive.

Jack Reacher: Never Go Back (PG-13) hits theaters this weekend, bringing us the second installment in the movie series that follows a former major in the U.S. Army Military Police Corps who travels the country and constantly finds himself in the middle of trouble. But somehow, he always ends up on the right side of things.

In the newest movie, Reacher (Cruise) is framed for murder and his friend Major Susan Turner (Cobie Smulders) is wrongly accused of espionage, but both escape custody (thanks to Reacher) and begin trying to find the people who truly were responsible for the crimes.

It won’t be easy, though. They’re not only being chased by military police but also by the bad guys – the bad guys who actually did commit the crimes. And those bad guys not only want Reacher and Turner dead, but they’re also after a girl, 15-year-old Samantha (Danika Yarosh), who is believed to be a daughter that Reacher never knew.

There are 20 books in the Jack Reacher series, so there’s a good chance we’ll be seeing this character for many years to come on the big screen.

But is Jack Reacher: Never Go Back family-friendly? Let’s take a look. END_OF_DOCUMENT_TOKEN_TO_BE_REPLACED

Nate is an energetic, creative little boy who wants a sibling – specifically, a brother – so he can have a playmate. His parents, though, are workaholic realtors who can’t fathom a household with two children.

But Nate has a grand idea. He will send a handwritten letter to the storks, who live far, far away on Stork Mountain, and they will bring him a brother. There’s one big problem: The storks are no longer in the baby business. (Yes, they once were.) They are now an Amazon.com-type company known as Cornerstore.com, and they deliver packages – such as TV sets.

Fear not, though, because the letter ends up in the hands of a clueless company worker, who accidentally turns on the non-operational baby-making machine, popping out a sweet little bundle of joy. So far, so good, but the CEO of Cornerstone, Hunter (Kelsey Grammer) vows to stop the delivery, and a pack of wolves wants the baby, too.

It’s all part of the plot in Storks (PG), which opens in theaters this weekend and was created by the same studio (Warner Bros. Animation) that gave us The Lego Movie, which was No. 1 for three weeks in 2014 and ended with an incredible $257 million domestic gross. I really liked The Lego Movie, but I enjoyed Storks even more. Storks is funnier, has a better storyline, and also has more life lessons for children and parents.

Storks is pro-family in the original sense, and after watching it you understand why an adoption organization (adoption-share.com) is one of the film’s partners.

But is Storks OK for all children, including small kids? Let’s take a look. END_OF_DOCUMENT_TOKEN_TO_BE_REPLACED