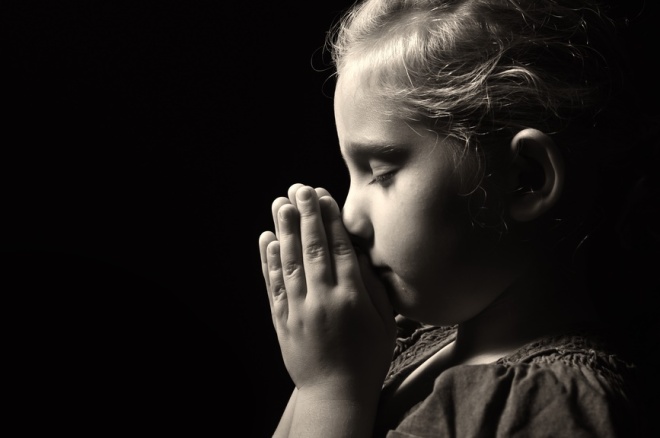 Children were a focus of Jesus’ ministry. He used the loaves and fish from a boy to feed the 5,000. He healed at least one sick child and raised another one from the dead. He told his followers to have the humility of a child. He even took children into his arms and blessed them when his disciples wanted to send them away.

I think about Jesus’ view of children often when my three children pray some of the most heartfelt, inspiring and even entertaining prayers I’ll ever hear.

Consider, for example, my oldest son’s prayers when he was 3.

When I told him we should thank God for everything in life, he took it seriously, even providing God plenty of detail.

“God, thank you for my train table and those two plates on the wall that are next to the smoke alarm,” he said one night while lying in bed, describing two colorful ceramic birthday plates that, yes, were right next to the smoke detector in his bedroom.

On other nights, he felt a bit more academic.

And on some nights, he was feeling a bit theological.

“God, thank you for crushing Satan’s power,” he said, quoting, verbatim, what he had read in one of his storybook Bibles.

But there are plenty of times in which my children refuse to pray—when we go around the table at suppertime, finding no volunteers. Just like me, and perhaps you, too, they can be stubborn when facing spiritual matters. If we want our children to pray, we ourselves must first believe in the power of prayer (James 4:2-3)—and then set the example.

Here are three specific ways to do that:
END_OF_DOCUMENT_TOKEN_TO_BE_REPLACED