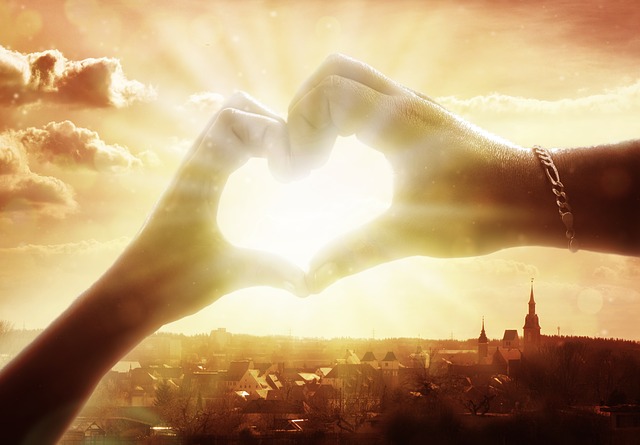 My daughter is only six years old, but she’s already in love with, well, love.

She doesn’t have a boyfriend and doesn’t want one, either (thank goodness). Yet she’s engrossed with the animated romances she sees on the big screen — that is, the ones that depict love in a fairy tale fashion. You know: Beauty and the Beast, Frozen and the like.

When the credits roll, you can almost see her heart melt as she discusses Anna and Kristoff or Rapunzel and Flynn or other famous make-believe couples. And it’s often accompanied by a dreamy-eyed “awwwwww.”

Thankfully, her current “knight in shining armor” is me, but the day is coming when she will catch the eye of a boy. And then a young man. And by then, her idea of romance will move beyond Disney cartoons. And if she’s influenced by the culture, that could be a concern. Why? Because society’s definition of romance is anything but biblical.

If your daughter or my daughter are to grow up with positive romantic stories — that is, stories worth emulating — then it’s up to us, the parents. The Bible is full of such romances (Boaz and Ruth) and television has a few good ones, too (example: When Calls The Heart). There are even a handful of theatrical movies that are appropriate for teens (try Forever My Girl or Old Fashioned).

But for my daughter, I wanted to start closer to home. I wanted her to know about how Mommy and Daddy met. Thus, on a recent date night to McDonald’s, I gave her an abridged version of our courtship. Perhaps it wasn’t as exciting as an Amish romance novel, but I did elicit a few squeals — and an “awwwwww,” too.

Here are three reasons I did that: END_OF_DOCUMENT_TOKEN_TO_BE_REPLACED 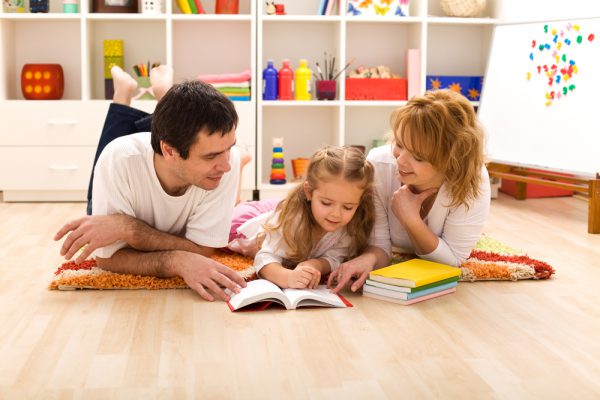 The look on my 4-year-old son Williams’s face was one of confusion and bewilderment – and I knew he was preparing to toss me a theological curve ball.

We had been reading a passage out of the New Testament and discussing a simple-yet-profound concept that is taught repeatedly throughout Scripture: God sending His Son to the Earth in the form of a tiny baby.

My blue-eyed, curly-haired son knows the story about Mary, Joseph and the Christ child by heart. He even can tell you all about Easter. But on this night He was getting hung up on the roles of God the Father and God the Son – and the differences.

Finally, William spit it out: “So, Dad, are there two Jesuses?”

For much of his short life, William has been the king of crazy questions. When learned that his yet-to-be-born baby brother would not immediately be able to crawl or walk, he asked: “So, he won’t have legs?” When I told him that Noah was 600 when he built the ark, William asked, innocently, “Is that older than grandpa?”

But as much as I wanted to toss his theological question into the “kids-say-the-darndest-things” category, I couldn’t. That’s because for weeks and weeks, I had been teaching him that Jesus is God, but on this night I was telling him that Jesus was being sent by God. Let’s be honest: Unless you’ve been in church culture your entire life, that concept certainly sounds confusing.

So is Jesus God, or was He sent by God? Or to put it into the 4-year-old vernacular, are there two Jesuses?

The Bible is full of hard-to-understand concepts – for preschoolers and adults. For example, it teaches that Jesus was 100 percent God and 100 percent man. Here’s another one: Jesus, as a child, simultaneously knew nothing and everything. Huh?

You see, parents aren’t all that much different from my 4-year-old son. We, too, are struggling to grasp some of Scripture’s most incredible concepts. We want God to be explained to us, in detail, and preferably in the next five minutes by PowerPoint. But if God could be so easily explained, He wouldn’t be God, would He?

The good news, though, is that Christian parents don’t have to be theologians in order to teach their children about the Trinity – or any other hard-to-understand concepts. All we have to do is teach what the Bible teaches, and go no further.

In fact, as I have learned, children are far more accepting of difficult-to-understand truths than are adults. That night, I told my 4-year-old son the same thing I would tell a 44-year-old co-worker, or any other adult. Here’s what I said: END_OF_DOCUMENT_TOKEN_TO_BE_REPLACED 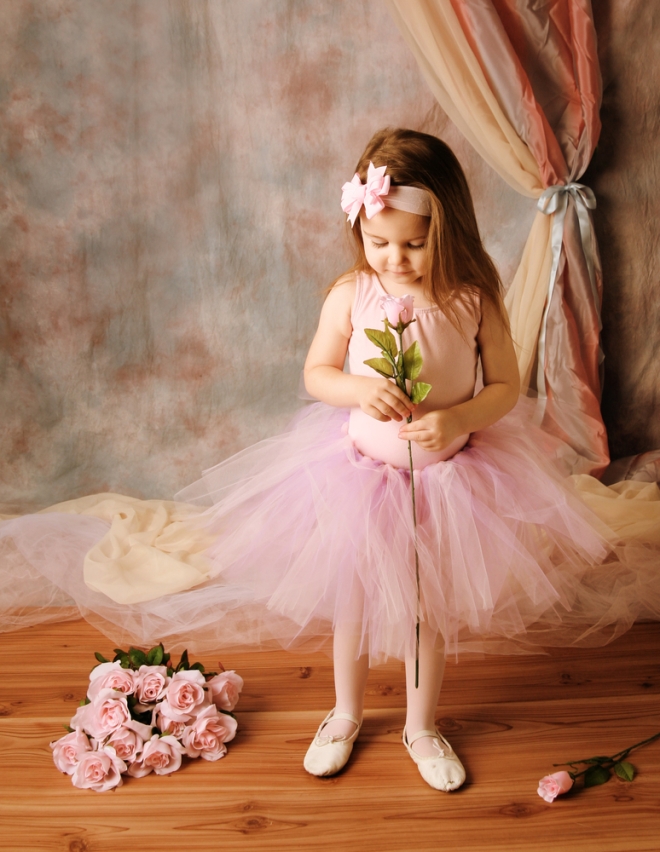 My daughter Maggie is only 3 but she already knows what she wants to be when she grows up.

But not just any princess. She wants to be a beautiful princess. And preferably, one who wears pink dresses. And does ballet.

Three years ago, I despised the princess craze. Why would I—I thought at the time—want my daughter to chase after an unattainable physical beauty that only resides in fantasies and Hollywood-style Disney movies?

But here I am, three years later, with a daughter who wants nothing more than to be pretty and to wear nail polish, and who wakes up every morning wanting to don the latest princess fashion.

How did I get here? Believe me, I didn’t promote it.

As much as I’d love to blame Disney, I really can’t. If I did that, then I might as well blame the football manufacturer who designed the kiddie pigskin her twin brother recently used to break a light bulb. Just as he is naturally attracted to physical activity, she has a natural yearning to be physically beautiful. And that latter concept terrifies me.

It scares me to think about my daughter growing up in a culture where a simple trip to the grocery store can turn into a fleshly battle, with society screaming at every turn: “You’re not beautiful enough!” There, on the billboard, is the perfect-looking Hollywood star, telling anyone who happens to look: “This is what you should look like.” And there, on the cover of the checkout-line magazine, is that same woman, only this time she’s lost half of her clothes and is promoting a “secret” diet and exercise routine that helped her lose all of that baby weight and get back down to 98 pounds!

Unless you have $50 million, a live-in nannie, a personal trainer, time to burn and an air brush, who can compete with that? Our culture’s objectification of women is to be loathed, but thankfully, Scripture gives us a better option. So what will I tell my daughter? This:
END_OF_DOCUMENT_TOKEN_TO_BE_REPLACED 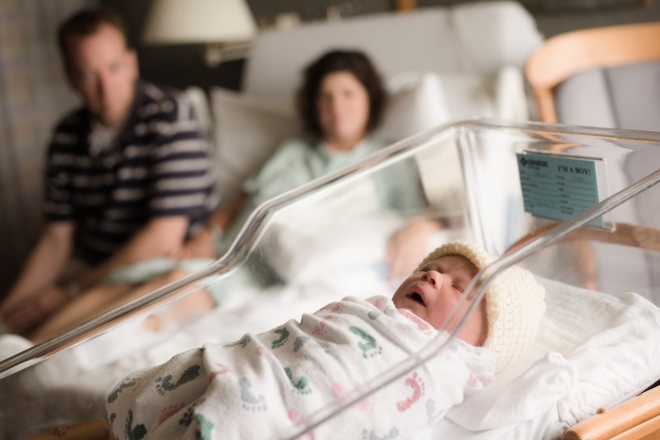 The bright computer monitor in the hospital delivery room read 151, then 155, then 153. My wife and I traded smiles. It was my unborn son’s heart rate, and the reading was—the nurse said—perfect. The sound, though, was what put a tear in my eye.

It’s not the path I would have chosen but, in hindsight, I would not change a thing.

Many couples struggling with infertility—like we did—look at their options and contemplate a question they’d rather not voice publicly: Can I love an adopted child as much as a biological one?

But before Isaac was born this summer, I confronted a very different question: Can I love a biological child as much as my adopted ones?
END_OF_DOCUMENT_TOKEN_TO_BE_REPLACED

Still, there are practical steps parents can take to raise modest children in an immodest world. Here are three:
END_OF_DOCUMENT_TOKEN_TO_BE_REPLACED