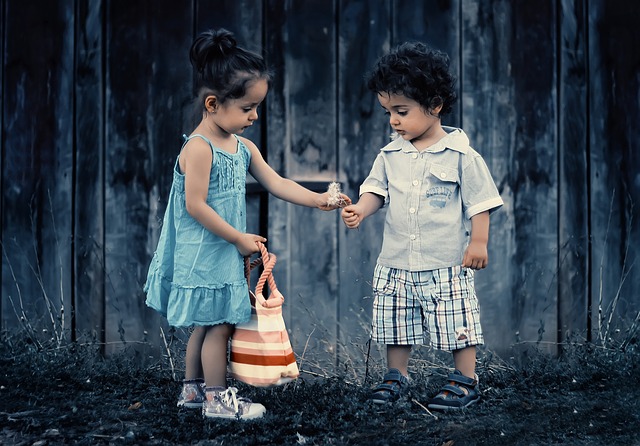 I thought about that recently when my two oldest boys (ages 9 and 5) started grumbling as their mom was baking cookies for a special church function.

“You never make these for us!” they complained.

Never mind that the kitchen cabinet was full of other types of cookies they could eat, and that they get desert for virtually meal, and that mom also was busy preparing dinner – a fabulous meal all of us would soon enjoy.

No, they wanted the special cookies – the cookies they’ve never had — and they didn’t want anyone else to have them, either.

They then joined together to whine in unison: It’s not fair!

You can imagine how the subsequent parent-child conversation went. It included stories of starving African children who rarely get a full meal – much less desert and (definitely) not specially baked cookies.

By the time the conversation was over, our children were wishing they had never complained at all. And they could (nearly) point to Africa on a globe.

Of course, it’s easy to criticize my two sons for a moment of ingratitude. If we’re honest, though, we all have moments like that – moments when we lust after our neighbor’s new car, our friend’s new home, or simply the latest-and-greatest Best Buy gadgets. It’s a problem as old as, well, Scripture. When Jesus healed the 10 leapers, only one returned to give thanks (Luke 17:11-19).

How, then, can we instill a spirit of gratitude, thankfulness and contentment in our children? There are lots of ways to do it, but here are three ways to start: END_OF_DOCUMENT_TOKEN_TO_BE_REPLACED

Most families seem to have at least one kid who is the deep thinker. You know, the child who says crazy things like: “Shouldn’t we pray for Satan, too?”

For us, that’s William. He’s the 5-year-old, blue-eyed, curly-haired version of that French “Thinker” statue, except he’s bouncing off walls, jumping off couches and climbing up trees — doing his best to save the world in his muscular Spiderman costume. He would have broken that iconic statue, and out-thought it in the process.

So, it really didn’t surprise my wife and I when he recently hopped in our bed on a lazy Saturday morning and started describing his latest wild dream. It had all the things that make up a typical child’s dream – animals and toys and food and such – but this one was a bit different.

“Dad, I dreamed about my birth mom,” he said matter-of-factly.

We have three adopted children, and all of them know about their background, but William ponders his origins more than the other two, combined. That’s just his nature. He thinks a lot, about everything. Sometimes his questions are substantive. (“Why did God create the earth?) And other times they’re simply humorous. (“What was Yoda’s first name?”)

William wasn’t troubled by his dream, although he seemed to realize it was different than dreaming about, say, elephants.

He simply desired what any adopted child would have wanted in that moment — affirmation. He is not alone. It is natural for adopted children to ask as they grow older: Why did you adopt me?

Thankfully, the days of keeping a child’s adoption a secret are long gone. A 2007 government survey of 2,000 families found that 97 percent of adopted children ages 5 and older knew they were adopted.

We introduced William to his adoption story before he could form sentences, and as he grows older, we will add more details. No, he doesn’t fully comprehend it now, but he eventually will.

Our conversation with him that Saturday morning lasted all of about 30 seconds, but we made three quick points: END_OF_DOCUMENT_TOKEN_TO_BE_REPLACED

Hollywood certainly knew what it was doing when it combined two of the favorite things of most U.S. kids — Legos and Batman — into an animated film.

The Lego Batman Movie grossed $53 million in its first weekend, slightly less than projected but more than enough to guarantee we will get a sequel.

My nine-year-old son and I laughed hysterically throughout the movie, and then walked away with a few lessons about life. Yes, The Lego Batman Movie actually has a plot – and a pretty good one, too. 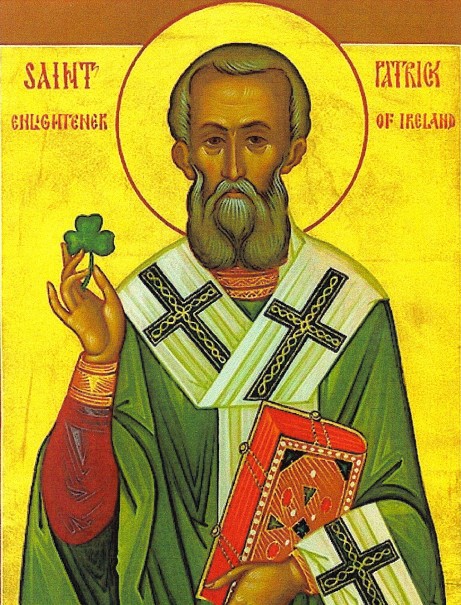 American holidays are a quirky thing. We celebrate turkey on Thanksgiving, Santa Claus on Christmas, green clothes on St. Patrick’s Day and bunny rabbits on Easter – even though each one has a uniquely Christian foundation.

What, you didn’t know that St. Patrick’s Day had a Christian theme?

Patrick was a real person who played a key role in the spreading of the Gospel in the 400s. He was a British teenager when, around age 16, he was sold into slavery and taken to Ireland, where he worked for about six years before escaping across the sea back to England. As Bruce Shelley writes in his book Church History In Plain Language, Patrick “would have gladly remained in England had he not had a dream one night in which the babies of Ireland pleaded with him to come back to their country and tell them about Christ.” He did that – and his work resulted in thousands coming to know the Lord.

So a man was sold into slavery, escaped, and then returned to tell those very same people about Jesus. What’s not to like about that story?

The story of Patrick is one we should be telling our children over and over, and what better time than St. Patrick’s Day? It’s a story of forgiveness, sacrifice, service and missions.

Besides, we adults are quite good at collecting our own “toys.” END_OF_DOCUMENT_TOKEN_TO_BE_REPLACED