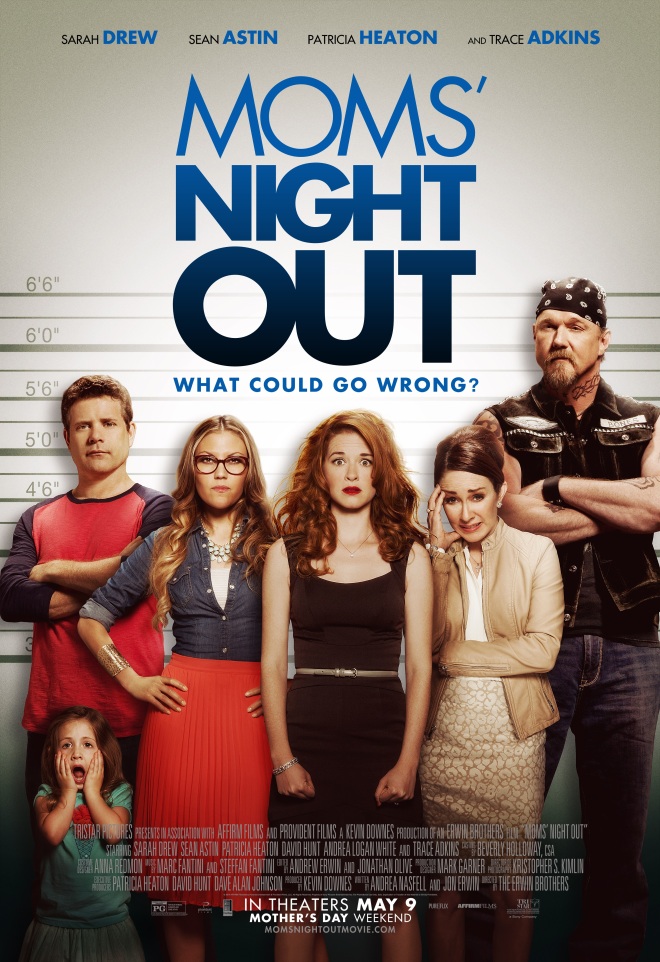 Moms’ Night Out, which opens Friday, is one of the funniest movies you’ll ever see, along with one of the most moving. It’s a film that does for moms what Courageous did for dads – that is, uplift, inspire and encourage mothers to better fulfill their God-given role. It’s a celebration of moms.

It may be the best faith-based movie yet, but honestly, it doesn’t seem fair even to say that. Moms’ Night Out simply is a great movie that has a faith message and plenty of crossover appeal.

Who will like it? Anyone who has a child, who’s ever had a child, who has taken care of a child, or has watched in interest and horror a child at Walmart have an Aisle 6 meltdown.

It tells the story of a stressed-out mom who has small children and simply wants a night out, with her friends, but without the kids. She gets that night out, but it begins falling apart early on. END_OF_DOCUMENT_TOKEN_TO_BE_REPLACED